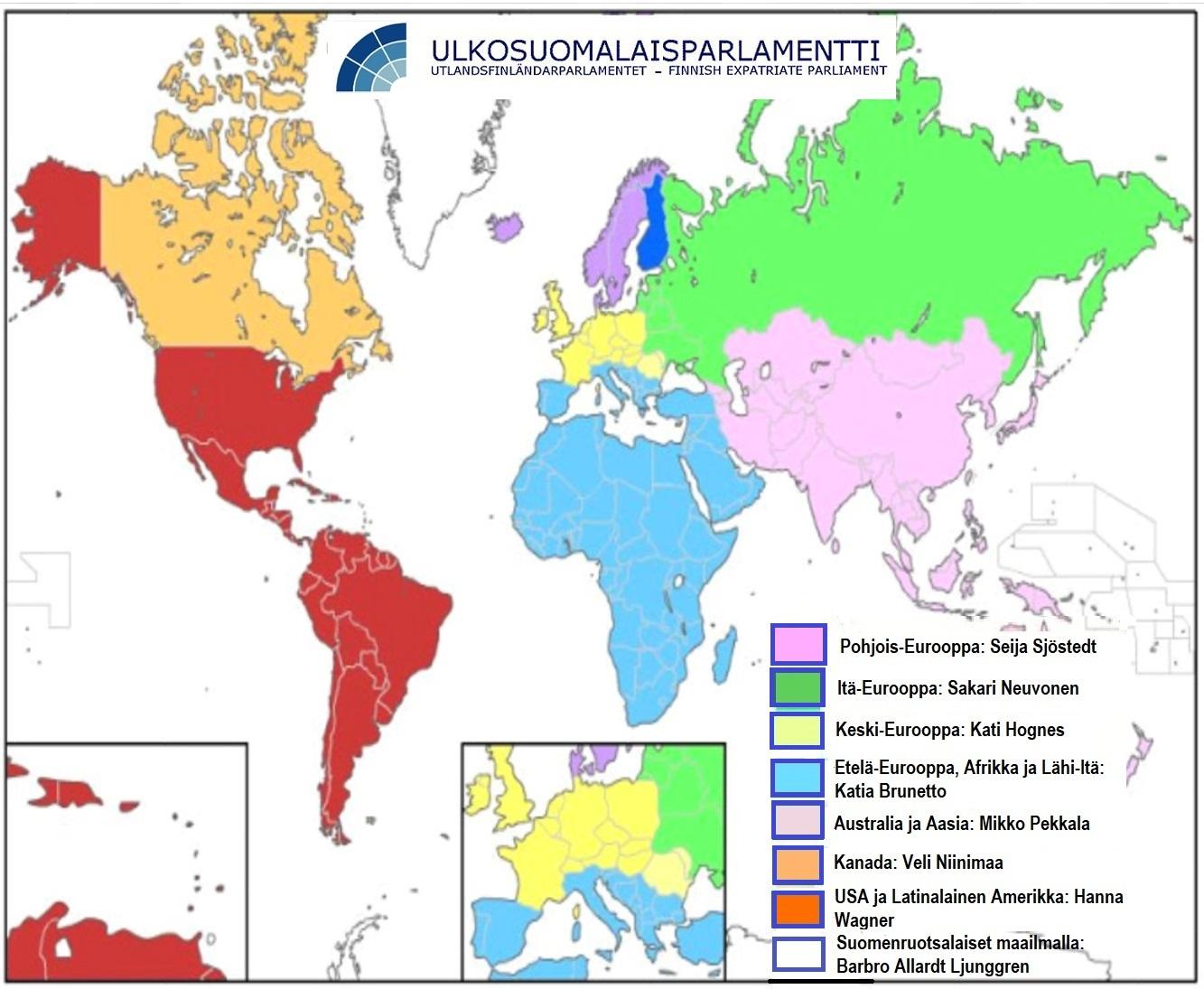 The Finnish Expatriate Parliament (FEP, in Finnish ulkosuomalaisparlamentti, USP) is divided geographically into seven regions. Moreover, Swedish-speaking Finns have their own global region. Each of the eight FEP regions have their own regional representative, who is elected by the region and which choice is confirmed by the parliament Session.

Your Canada region representative Irina Ilmokari and his deputy Johannes Lahtinen are happy to tell more about activities of the Finnish societies, organisations and clubs in your region and how your organisation can join the parliament activities.

The regional representatives are deputy speakers of the Finnish Expatriate Parliament. Together with the Speaker they form FEP Speakers’ Council. The 9th Session in June 2017 confirmed for session period 2017-2020 Veli as your region’s deputy speaker (chair) and Maarit Koivunen as his alternate (vice chair). When Koivunen moved out of Canada permanently, the regional AGM held on June 29, 2018 in Toronto elected Irina Ilmokari as deputy vice speaker (vice chair). More about the work of the Speakers’ Council and introductions of its eight members are HERE.

The Finnish Expatriate Parliament has a rather stable basis of Finnish societies and organisations abroad (542 in 37 countries). Canada region activities include 70 organisations (18.3.2021).

CURRENT IN YOUR REGION: What’s new in Canada.

The region adopted its own Operating policy at its AGM in Canada on 25.6.2016. It is based on FEP official documents such as By-laws and standing order, sekä FEP handbook (USP käsikirja, only in Finnish, is not officially binding but summaries useful experiences). The intent is to specify forms of cooperation in matters that involve Finnish Expatriate Parliament activities in Canada, like meetings, communication and election of the region’s functionaries. Read and download here (in Finnish and English): Kanadan Alueen Operating Policy 25-6-2016