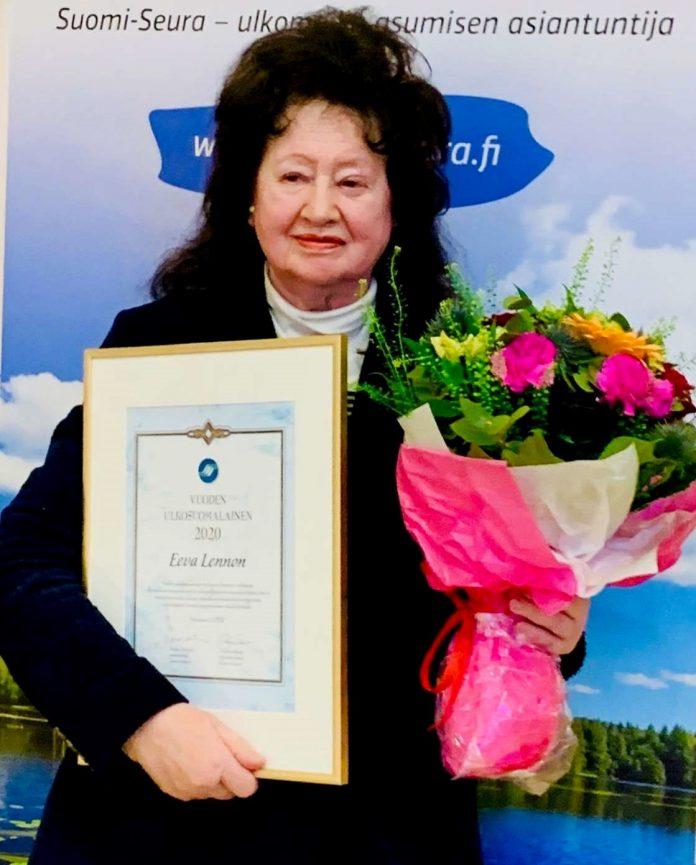 Finland Society has selected the UK-based journalist Eeva Lennon as Finnish Expatriate of the Year 2020. With this recognition, the society wishes to highlight the significance of correct information and public debate.

Lennon has reported for Finnish media on many socially significant events, such as the oil crisis and the Irish Troubles, massive inflation and other turmoil during the late 20th century along with coverage of British royals and political icons from Harold Wilson to Margaret Thatcher. Her voice signing off as “Eeva Lennon, London,” is familiar to Finns.

Lennon lives in London and still works as a freelance correspondent. She has recently published her memoirs.

”There is an enormous, even excessive, flood of information today. We must ask ourselves more and more often which parts of it we can trust. Eeva Lennon, who has had a long career in conveying European information, has gained the trust of Finns with her expertise. With its selection of Expatriate of the Year 2020, the Finland Society wishes to highlight expatriate Finns’ responsibility in providing correct information and a true image of Finland,” says Finland Society chair Markus Aaltonen. There are some two million expatriate Finns, of whom about 300,000 have Finnish citizenship.

The Finland Society has selected the Finnish Expatriate of the Year since 1993. The recognition is given to expatriates or descendants of Finnish migrants who have succeeded exceptionally well in their fields.

The Finnish Expatriate of the Year 2020 honor was announced on March 3.

Finnish Expatriates of the Year selected by the Finland Society:

Finland Society is an organization for Finns living overseas. Its membership includes both individual expatriates and associations around the world. We support Finns abroad in daily life as well as special occasions, based on 92 years of experience.