The Scandinavian Cultural Centre is 60 years 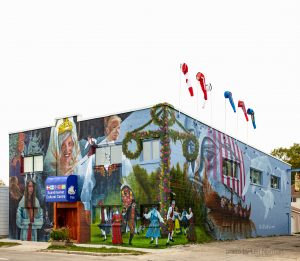 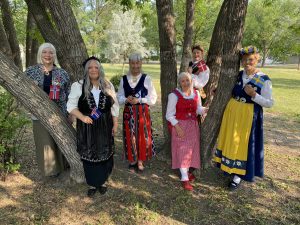 This year, the Scandinavian Cultural Center Winnipeg has celebrated its 60-year anniversary. To mark the occasion, a colorful mural was painted on the building and unveiled on September 11, 2021. The mural also celebrates the 150th anniversary of the Manitoba province. The Scandinavian Cultural Center is home to the Finnish-Canadian Club of Winnipeg and  its building is a very good example of how well Nordic cooperation works in Winnipeg. In the Center, people studying different Nordic languages, folk dancers, choirs and many other recreational groups come together to celebrate Nordic culture. The Scandinavian Cultural Center’s celebration was noted in the local media as well, have a look at the coverage following the links below.  We wish good luck and success to the Nordic cooperation in Winnipeg for the years to come!