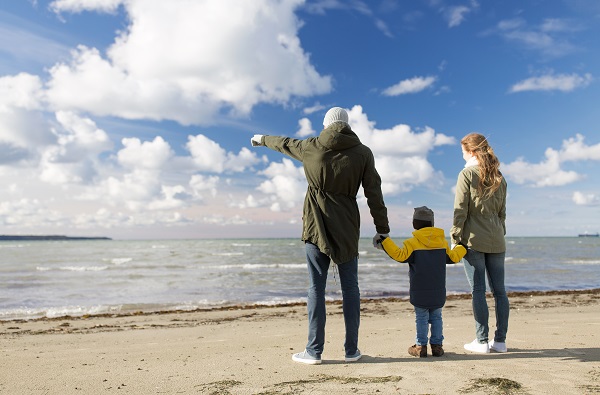 In the spring 2022, the Finland Society commissioned the market research company Taloustutkimus to conduct an extensive survey, asking expatriate Finns around the world about issues such as their identity, roots and thoughts on both their birth country and present country of residence.

Expatriate Finns mostly regard themselves as part of the society and population of their present country of residence and enjoy their lives there. Only about 10 percent of respondents say that they often think about returning to Finland.

Nevertheless, expatriate Finns appreciate their old homeland in many ways: Finland and contacts there are an essential part of expatriates’ life, even if they have formed a close connection with their country of residence.

Both Finns abroad and those living in Finland value their roots. However, expatriates are characteristically more defined by European and cosmopolitan identities than Finns living in Finland.

Expatriates’ identity is a collection of different factors combining local and global elements. These are not exclusive to each other, but rather complementary. One in four expatriates consider both their regional tribe (hailing for instance from of Savo, Southern Ostrobothnia or Karelia) and cosmopolitanism an important part of their identity.

Overseas because of work and career

Germany was the respondents’ most common country of residence, representing 18 percent of all responses. It was followed by the United States (12 percent), Sweden (11 percent) and Britain (nine percent). Altogether the survey received responses from 61 countries from all continents.

A clear majority of the respondents, 82 percent, were women. They had moved overseas five times more often because of love and twice more often because of a sense of adventure than men. Family circumstances or couple relationships were also a more recurrent reason for women (32 percent) than men (20 percent). Meanwhile, men mentioned their own work or career opportunities as the primary reason for the move more often than women (37 percent vs. 18 percent).

Family circumstances or partnerships were the most important reason for moving especially to France (40 percent) and the US (40 percent). Expatriates’ own work or career opportunities were highlighted somewhat for those who had moved to Sweden (30 percent) or Switzerland (29 percent).

Expatriate Finns had moved for love particularly to Greece (37 percent) and Italy (32 percent). While only five percent of all respondents regard a more pleasant climate than in Finland the primary reason for moving overseas, 47 percent of those who had migrated to Spain mention it as a motive for their move. By far the largest number of respondents (19 percent), who were born in their present country of residence, lived in Canada.

Expatriate Finns living in Canada (66 percent) and Switzerland (62 percent) agree most often with the statement that “I am always happy bring up in conversations the fact that I am from Finland or that I have Finnish roots.” Expatriates living in Spain (30 percent) and Benelux countries (31 percent) include the largest share of those who prefer not to mention their Finnishness in conversations.

Young people are not as committed to Finnish expatriate activities, media and following Finnish issues as older age groups. Even social media does not reach them particularly well in these themes. Social media forums are followed most actively by expatriates aged 30-59, while those under 30 consider Finnish government ministries’ websites a more important channel for Finnish expatriate issues.

Finnishness holds its own

Global networks, flood of information and various forms of interaction mold our self image. Polarization, social media and populism contribute to a fragmentation of people’s world view and identities.

Identities are, however, always connected with language, culture and history. Cultural roots help to create a strong identity. Even though identification is a sum of many different factors, Finnishness still lies at the center of Finns’ understanding of themselves.

According to the Finland Society’s survey on identity, two thirds of expatriate Finns regard themselves fully and the rest somewhat Finnish. Changes in circumstances do not seem to undermine their sense of Finnishness.

Finnish nature and traditions, festivals and symbols are all important to expatriate Finns.

The survey indicates that native language is the strongest factor when people are reflecting on their conceptions about themselves. This is the core of Finnish identification.

A strong identity helps us to withstand uncertainty and change.

A strong identity and social cohesion are significant also when citizens and nations seek to maintain democracy and its core values.

Kimmo Kajaste is a provincial counselor and former editor-in-chief. He served in the Finland Society’s board until spring 2022 and launched the society’s study on identity.

This survey was conducted by the market research company Taloustutkimus, commissioned by the Finland Society.

Taloustutkimus designed the questionnaire and a response link was sent to the Finland Society, which shared it to respondents listed in its membership registry. Responses were stored anonymously on the research company’s survey platform, from which the data was taken to be analyzed.

The margin of error was about 1.5 percentage points both ways.