How does the Finnish Expatriate Parliament Work? 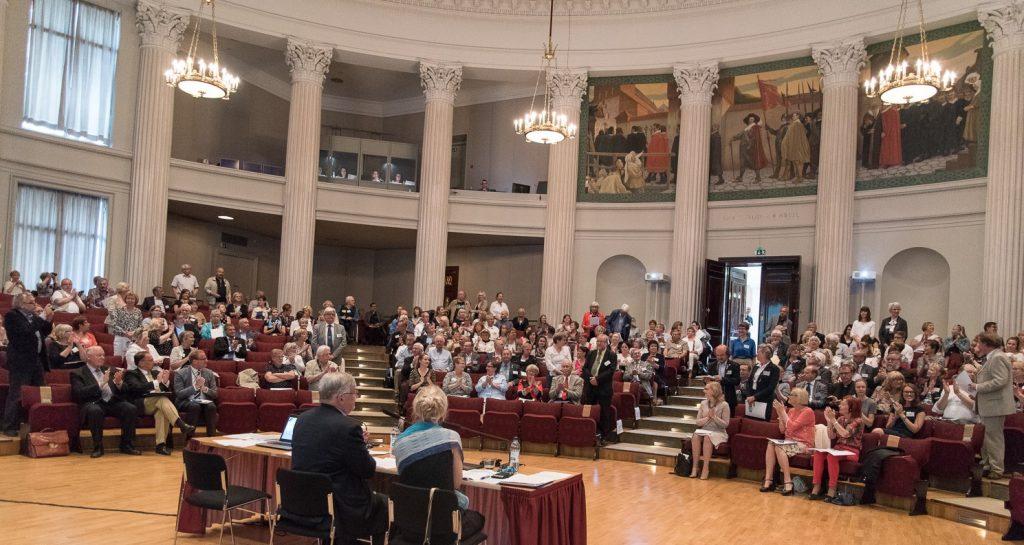 The Finnish Expatriate Parliament (FEP) convenes every 2-3 years to a plenary session in Helsinki. The FEP’s 20th-year jubilee session was the parliament’s 9th session, meeting during the 90th anniversary year of the Finland Society which provides FEP upkeep. This was in Finland’s centenary jubilee year of Independence in 2017.

Welcome to join the activities are all outside Finland functioning expatriate Finnish and other Finnish societies and organisations, by ratifying the parliament’s By-laws. This gives the right to submit initiatives (motions for resolutions) and to send a representative with voting right to the parliament’s session. Organisations with over 500 members get two representatives and organisations with over 1 000 members can send three. One person can represent more than one expatriate organisation but at the Session and during its Committee work s/he only has one voice. Organisations can also send observers to the Session. They can participate both at Session and in the Committee of their choice but have no voting right. They can have right of speech at the Committee.

The FEP activities are based on the Initiatives and on the Resolutions made from them. All expatriate Finnish organisations and other Finnish organisations abroad which follow the FEP, the FEP Speakers’ Council and the Finland Society have a right to submit initiatives to the parliament. The initiatives can suggest improvements or changes relating to no matter what subject which is important for Finns abroad.

The initiatives adopted by the parliament’s plenary session become Finnish Expatriate Parliament resolutions. They guide the work of the FEP Speakers’ Council and that of Finland Society. Resolutions are translated into Swedish and English. They are handed to the Primer Minister of Finland from whose office they go on a round of commentary in the Government. The different ministries give their statements about the resolutions. The resolutions can also be sent to other parties in hope of commentary or information.

The resolutions influence the parliament’s work, its statements and its positions. The duty of FEP Speakers’ Council together with Finland Society is to advance the parliament’s resolutions and to suggest changes to government officials or functionaries involved. This dialogue is advocacy work for and on behalf of Finns abroad. The eight FEP Deputy speakers are FEP region representatives covering the whole world under seven geographical regions, with Swedish speaking Finns Around the World being the eight FEP region. As FEP Speaker functions always the current Finland Society Chairman. Since April 2019 FEP Speaker is Markus Aaltonen. 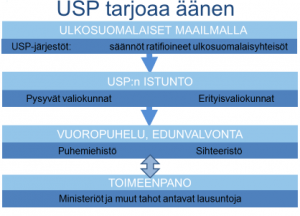 FEP offers a voice. As a representative system the FEP is globally unique because participation in its activities does not require Finnish citizenship. The Finnish nature of the activities is guaranteed through the fact that both giving and receiving parties are Finns in Finland and abroad in their present countries of domicile.

COMMITTEES AND THE PLENARY SESSION

The submitted initiatives are during the Session first sent for further deliberation to the Committees they belong to, along with their backgrounds made by the Finland Society office.

The background helps to manage the initiatives at the various committees. The committees formulate the initiatives into suggestions for resolution in view of the Session’s second day when the plenary session can still change them. The plenary either accepts with changes or without changes, or, rejects the the draft resolutions. Plenary chair is the Speaker of the parliament. As secretary of the plenary functions the parliament secretary. The managing director of the Finland Society supports the Speaker during the Session.

According to the By-laws there are ten permanent Committees at the parliament’s session. Their geographical representation of FEP regions should be guaranteed. Committee work is an important part of FEP work. Namely, the plenary session makes its decisions based on the initiatives worked out in the committees. They can if they wish so, hear specialists. The parliament’s permanent committees are:

A copy of those suggestions is delivered to all session participants prior to day two when the parliament begins its plenary session. After all the suggestions for resolutions have been presented to the plenary, all session representatives have a possibility to express their views on them. Speech turn must be asked for in writing either before the sesson or during the session. In case there are contradictory suggestions, the chairman of the committee explains about the draft resolution in question. Varying views are subjected to voting.

Finland Society creates minutes of the session. It is checked for acceptance by the Speakers’ council. Session minutes are sent to all session participants, representatives and observers, and to all participating organisations no later than two months after the session. More information about sessions is in FEP By-laws and in FEP handbook. 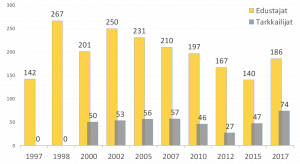