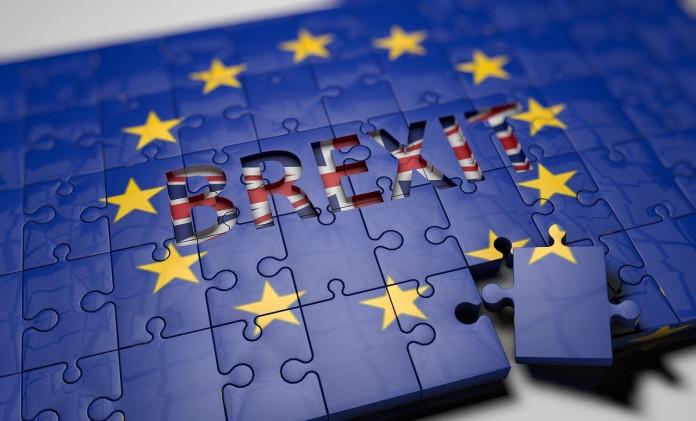 On this article you can read about current issues connected to the repercussions of Brexit on private citizens.

N.B. We aim to update the latest news on this page regularly, but recommend that you also follow updates directly on official websites (see links at the end of this bulletin). The Finland Society cannot be held liable for any possible errors in the bulletin.

Background: Britain’s withdrawal from the EU on January 31, 2020 launched a transition period lasting through the end of 2020. Britain committed to follow EU legislation and international treaties during this period. With its end on January 1, 2021, many new regulations took effect. On July 9, 2020, the European Commission published a communication about the most important changes which will take place in any event after the end of the transition period, regardless of whether the EU and Britain reach an agreement on their future relationship: Getting ready for changes – Communication on readiness at the end of the transition period between the European Union and the United Kingdom (European Commission).

The EU and Britain concluded a new trade and cooperation agreement in December 2020 with the objective of ensuring fair competition and continued cooperation in areas of mutual interest: EU-UK Trade and Cooperation Agreement (European Commission).

The Trade and Cooperation Agreement is provisionally applicable until April 30, 2021. By then, the European Parliament is planned to give its consent to the Agreement. As a last step on the EU side, the Council, representing the EU Member States, must then adopt the decision on the conclusion of the Agreement, followed by the Agreement’s entry into application.

The withdrawal agreement secures residence, work and social security rights, based on EU legislation, for EU citizens living in Britain and for British citizens living in the EU countries, as long as they had settled in Britain or in the EU country before January 1, 2021. Their status and rights are protected as they were on December 31, 2020 according to the main EU legislation.

Freedom of movement ceased for EU citizens and British citizens who have moved or move to each other’s area after December 31, 2020 and restrictions are in place on their entry and rights.

Instructions for Finnish citizens for right of residence registration in Britain:

There have been changes in the right of residence for British citizens and their family members residing in Finland as of October 1, 2020.

Please follow instructions from the Finnish Immigration Service on the right of residence and application deadlines.

Further information on British citizens’ right of residence is available on the website of the Finnish Ministry of the Interior: Consequences of Brexit

Movement between Britain and Finland

With the end of the transition period on December 31, 2020, Finns’ free movement to Britain ceased. Accordingly, restrictions are in place on entry into the country and on the rights of Finns arriving in the country. Finns entering Britain are subject to entry regulations which apply to citizens of third countries. A permit is required for a long-term stay.

However, Finnish citizens are still allowed to travel to Britain without a visa for a short stay of up to six months. A valid passport is accepted as a travel document.

More information on travelling to Britain and on British entry regulations from January 1, 2021, is available via the following links:

Travellers should take into account changes in border inspections, possible visa requirements for long-term stay/residence, pet passports, driver’s licences, mobile network roaming fees and customs duties when travelling to or from the UK. More information on the validity of the European Health Insurance Card and travel insurance recommendations will be provided in the next paragraph, ‘Brexit and social security’.

In December 2020, the UK and the EU signed a new cooperation and trade agreement that includes provisions on how social security for those moving across borders is determined as of January 1, 2021. Under the agreement, health care entitlements will remain largely unchanged and the UK will be treated like an EU country for these purposes. The exception to this is access to treatment, which is now possible only with prior approval.

When you move between Finland and the UK, your entitlement to healthcare from January 1, 2021 onwards will be determined in the same way as before Brexit. With the new treaty, the UK will largely be treated like an EU country with regard to medical entitlements. This means that if you are staying temporarily in the UK, you are able to prove your entitlement to care with a European Health Insurance Card issued by Finland or with a Provisional Replacement Certificate. A passport will not be accepted as proof of entitlement to treatment when treatment is provided on or after 1 January 2021. If you have had to pay for medically necessary treatment in the UK yourself, you can apply for reimbursement afterwards, either from the UK or from Kela.

If you temporarily arrive in Finland from the UK, you can prove your right to treatment in Finland with

Each of the above cards allow you to receive medically necessary treatment in public health care during your temporary stay in Finland at the customer’s fee rate. Read more: Healthcare rights after Brexit Right to medical care to remain largely unchanged also with the new Brexit agreement – EU-healthcare.fi (eu-healthcare.fi)

In the prevailing pandemic situation, it is not advisable to rely only on the European Health Insurance Card, but one should definitely acquire also a private travel insurance, considering that the European Health Insurance Card will not cover all potential expenses during the trip, such as a possible new flight ticket if you are unable to travel due to illness or quarantine.

In Finland, one’s home municipality provides social and health services for its residents. For this reason, it is important, that the right of residence has been registered, and verify with the Digital and Population Data Services Agency that their home municipality is marked in the Population Information System.

Kela’s website provides information on Brexit’s effects on Kela benefits, such as national pensions and student allowances as well as rights to healthcare: Information about Brexit and what it means for the social security benefits available from Kela

Social security for people moving to Britain is governed by the UK Withdrawal Agreement and, through it, by the EU Social Security Regulation or the EU-UK Trade and Cooperation Agreement, depending on when the person started living or working in Britain. it will be determined according to the applicable agreement, which type and for how long an A1 certificate can be issued to a person moving to Britain.

The EU-UK Trade and Cooperation Agreement is applied to workers moving to Britain from January 1, 2021 onwards. The agreement includes provisions on the following issues:

For the above categories of persons, the agreement determines which country’s social security legislation is applied to persons working in another country. In principle, the provisions of the Trade and Cooperation Agreement will apply to a person leaving Finland to work in Britain after January 1, 2021.

The impact of Brexit on work pensions

If you live in Britain and receive work pension from Finland, Brexit does not affect the payment of your pension. Earnings-related pensions are paid to all countries in the world, including the UK (regardless of Brexit).

If you have questions about Brexit and social security, you can contact the Finnish Centre for Pensions and/or Kela in Finland and, if necessary, corresponding officials in Britain and enquire more precisely about the impact of Brexit on your social security.

If your own bank has not yet contacted you regarding possible changes in their services, it is worth asking the bank about changes that are going to happen or have already taken place.

There may be changes in the cost of studies in Britain after brexit since universities tend to charge higher term fees for students from outside the EU than from EU countries. People coming to Britain to study will now need a visa. These changes are likely to apply to new degree students who begin (or have already begun) their studies after the end of the transition period. Further information is available on the Universities UK website Brexit FAQs (universitiesuk.ac.uk). More information on Brexit’s impact on Erasmus students is available on the website of Finnish Ministry of Education and Culture: FAQ about COVID-19 – OKM – Ministry of Education and Culture, Finland (minedu.fi)

When free movement between the EU countries and Britain ceased as of January 1, 2021, changes occurred in value added tax (VAT) on products, as well as customs duties. This should be taken into account when shopping online, for instance. The subject of Europe Information’s Brexit-niksit 3.0 (Brexit tips in Finnish) is online shopping from Britain, verkkokauppaostokset Britanniasta. The article series Brexit-niksit is well worth following, if you can read Finnish. It provides a variety of practical examples of how Britain’s withdrawal from the EU affects citizens.